My focus is on establishing and maintaining long term client relationships, and providing for the legal needs and requirements of my clients, including making referrals for their specialized requirements which are beyond the scope of my practice. 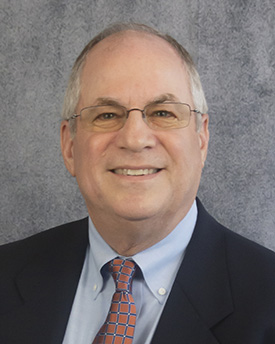 Bill Rosenbaum was admitted to practice law in Indiana in 1977 and has been in private practice in Indianapolis since that time. After working for 11 years with the law firm of Cohen & Malad (previously, Dillon Hardamon & Cohen), Bill joined Stephen Hyatt in 1988, and formed Rosenbaum Law, P.C. in 2011.

Bill has extensive appellate experience, having been involved in over 40 appeals before the Court of Appeals of Indiana and the Indiana Supreme Court, and the United States Court of Appeals for the Seventh Circuit and the Fifth Circuit.

Bill currently serves on the Board of Trustees of the Indianapolis Zoo and has served as Chairman of its Planned Giving Committee since 2000. Bill formerly served as a member of the Board and as Vice President of the Central Indiana Land Trust. Bill also previously served as President of his own homeowners association.